We are still seeing lower than normal inventory, more multiple offer situations and fewer days on the market which is good for sellers but with prices remaining “relatively steady”, it is also good news for Buyers.  Check out the highlights below and send us an email to info@teamrealty.ca for details and info on specific properties, we love to chat about real estate!

Members of the Ottawa Real Estate Board sold 2,162 residential properties in June through the Board’s Multiple Listing Service® System, compared with 1,985 in June 2016, an increase of 8.9 per cent. The five-year average for June sales is 1,818.

“We’re having a stellar year so far in 2017. Year-to-date sales numbers for the first half of the year are up in both the residential and condo property classes, combined coming in at a 13.5 per cent increase over the same time period in 2016,” says Ralph Shaw, President-Elect of the Ottawa Real Estate Board. “Average sale price in both the residential and condo class is up in the first half of 2017 compared to last year, although not a significant amount.”

June’s sales included 408 in the condominium property class, and 1,754 in the residential property class. “Listings and inventory levels continue to trend downwards, and REALTORS® report an increase in multiple offers on properties in some pockets around the city,” says Shaw. “While some areas within the Ottawa market are very active in sales, there are other areas of the city that remain very balanced and steady.”

“Something we hadn’t seen for years, is the recent rise in the lifestyle market in both the residential and condo property class, with 46 over $1 million units sold in June, and 171 units over $1 million sold since the beginning of the year,” says Shaw. “Both numbers are more than double the amount sold last year. It indicates that home buyers are looking beyond their basic needs to check off more boxes from their wish lists such as view, downtown location, or acreage property.”

“Since the announcement in April by the Ontario Liberal government of cooling measures in Toronto, it’s no surprise that the Ottawa market has been thriving. Not only is Ottawa an affordable place to live, it’s also very desirable,” says Shaw. “We have a great mix of city life and rural expanses. It’s no wonder MoneySense just named Ottawa as Canada’s best place to live in 2017.” 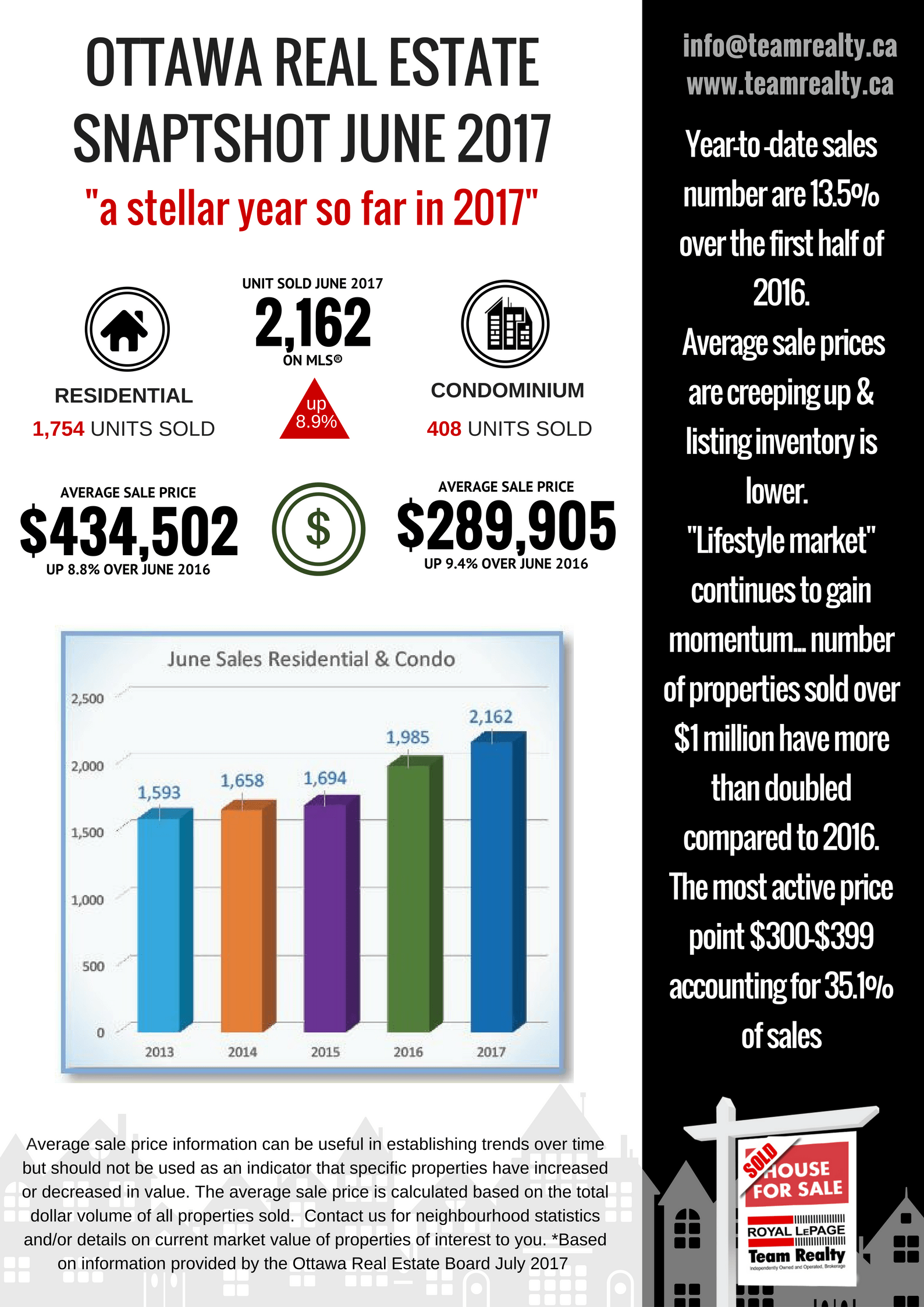