Record-breaking December, contributes to a strong 2015 – Latest News from the Ottawa Real Estate Board 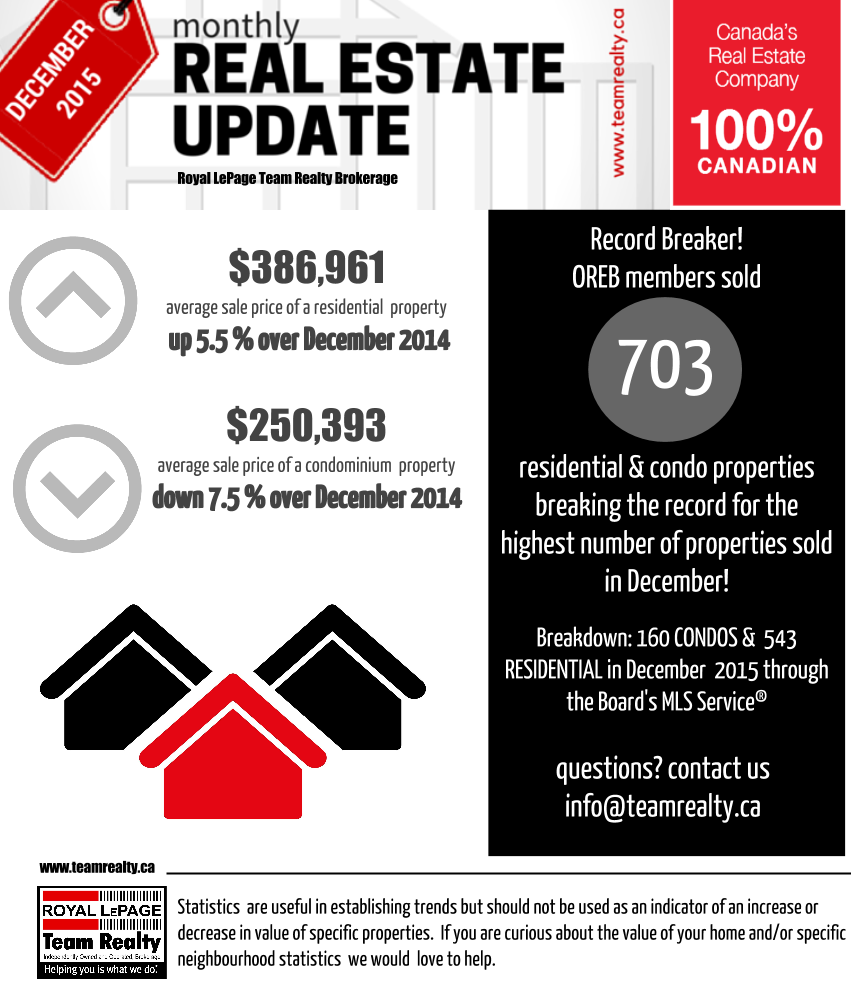 Ottawa, January 6, 2016 – Members of the Ottawa Real Estate Board sold 703 residential properties in December through the Board’s Multiple Listing Service® System, compared with 638 in December 2014, an increase of 10.2 per cent. The five-year average for December sales is 653. The total number of residential and condo units sold through the Board’s MLS® System throughout all of 2015 was 14,658, compared with 13,919 in 2014, an increase of 5.3 per cent. Separately, residential and condounit sales each outperformed the 2014 numbers.

“Looking back at the 2015 market, we started the year off with extreme cold temperatures in the first quarter of the year, but that didn’t stop homebuyers,” says new President of the Ottawa Real Estate Board, Shane Silva. “We saw the busy spring selling season pick up as early as March this year, and continue well throughout the summer, with a small dip in July, followed by record-breaking sale numbers in September. Three months later, December broke the record for the highest number of residential and condo properties sold at 703 units, only comparable to 2011, when 699 properties sold.”

“The listing inventory for both residential and condos trended higher all year, showing signs of tapering off in October,” says Silva. “Increased inventory levels contributed to the market favouring Buyers for much of the year; however as the inventory levelled out in the fall, we moved into more balanced conditions. Cumulative days on market increased to 109 days in December, while the average for the year comes in at 86 days. Average residential sale prices are up slightly over last year, which is great for the Ottawa market. All combined, these indicators point to a stable real estate market.”